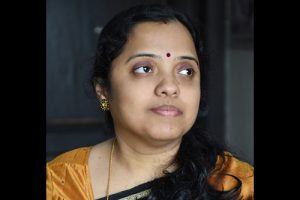 “What really knocks me out is a book that, when you’re all done reading it, you wish the author that wrote it was a terrific friend of yours and you could call him up on the phone whenever you felt like it. That doesn’t happen much, though.”

Thus spoke Jerome David Salinger, the American writer best known for his novel The Catcher in the Rye.

The written word, even in the era of internet and technological explosion, continues to influence human beings. Writers, poets, essayists and columnists, often seen to belong to a surreal world, are the thought leaders who have been  illuminating the society with their literary creations.

While acknowledging the contribution of such literary giants to the society at large, the Siksha ‘O’ Anusandhan Deemed to be University in Bhubaneswar bows to the genius of such men of letters. The university, which is a front-ranking centre of quality academics and focused research in the country, has launched a centre for preservation, propagation and restoration of the country’s rich heritage and culture as part of its Corporate Social Responsibility . The centre is known as SOA Centre for Preservation, Propagation and Restoration of Ancient Culture and Heritage of India (PPRACHIN).

PPRACHIN will be organising the 1st SOA Literary Festival in its campus on February 1 and 2, 2020. The event, spread over two days and 26 sessions, has already attracted nearly 100 writers who will deliberate on the contemporary trends in Indian literature.

We hope the event will set a new benchmark in the efforts towards promotion of literature in Odisha.