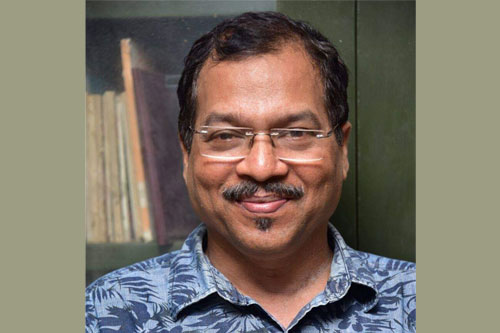 Mr. Abhinna Routray, is an established theatre Director, who is known for his experiments in designing a play. He tries to fill the box stage in a newer shape to expose a drama in a fresh modern design for the modern audiences. He tries for a variety of style of presenting a play. His design creates connections among different art forms such as music, painting and usable three-dimensional set emphasizing emotion angle of theatre. Now he is the Artistic Theater Director of “JEEVAN REKHA”.

He is also an approved Theater Artist in All India Radio-Cuttack. For his organizational capacity he completed seven years of leading role as General Secretary of Odisha Natya Sangha, the apex association of theatre groups of Odisha for which he is well connected with theatre practitioners of all over Odisha. He had also served as the ex financial committee member of Odisha Sangeet Natak Akademi.