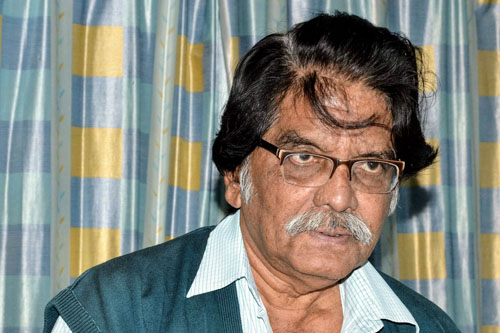 Poet Amaresh Patnaik was born on 24th May 1948 to Late Ananta Patnaik (a poet) & Neerada Prava Patnaik. He is survived by his wife Sangeeta and two daughters. After completion of his Post Graduation in Humanities and Journalism from Utkal University, he did LLB also. In 1973, he swung into Editorship as his first assignment in “Soviet Desh” in Calcutta till 1992 and after assuming such responsibilities in different magazines, in 1993 took up as Exe. Editor – “SAMAYA”.

Many poetries, novels and translations are credited to him. To name a few:

Think Odisha Leadership Award for Literature 2015 for Times of India & Tefla and many other awards.