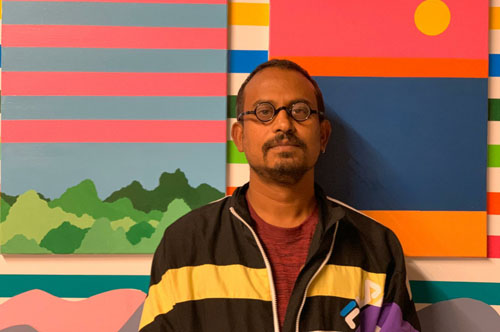 Amit Ranjan has just returned from a stint as Fulbright Scholar-in-Residence at FIU, Miami. He teaches literature at RIE, NCERT, Bhubaneswar. He has a PhD and an MPhil, both from JNU.  His doctoral research about John Lang, a 19th century Australian writer, lawyer and journalist engages with rich primary archival material; and it throws new light at mid-19th century British empire vis-à-vis characters of “interlopers” like Lang.

He was a Fulbright scholar previously as well, in 2015-16, also at FIU. He has also been a recipient of Endeavour Fellowship of Australia, as also the Inlaks Research Grant, courtesy of which he was a Visiting Fellow at UNSW, Sydney.  He was also delegate at Australia India Youth Dialogue, 2015, and a writer-in-residence at Sangam House Writers’ residency, 2010. He also holds the honorary position of Australia Awards Ambassador. He has taught literature at institutions like St. Stephen’s, Miranda House, JNU, Jamia Millia Islamia, and FIU.