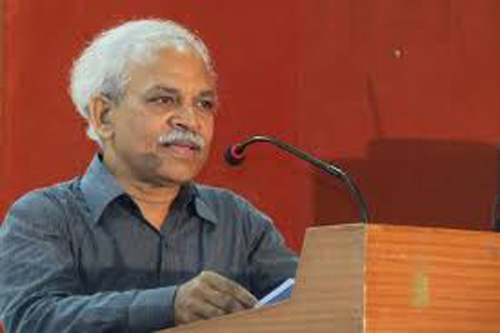 Passionate about Dalit issues, Jayant Parmar is an Indian Urdu language poet who has published a number of poetry collections.

Born in a poor family, Parmar prepared miniature paintings for a frame maker at a young age but was disillusioned when he found out that the man was using a separate pot for him because he was a Dalit.

Parmar taught himself Urdu at the age of 30 after he was drawn towards Urdu poetry while living in a Muslim dominated area of Ahmedabad’s walled city. His poetry collections include Aur (1998), Pencil Aur Doosri Nazmein(2006), Manind (2008), Antaral (2010) and Giacometti Ke Sapne (2016).

He was presented the Sahitya Akademi Award in Urdu for Pencil Aur Doosri Nazmein in 2008. His works have been translated into several languages including Kashmiri, Punjabi, Hindi, Marathi, Bengali, Kannada, Gujarati, Odia and Slovenian.