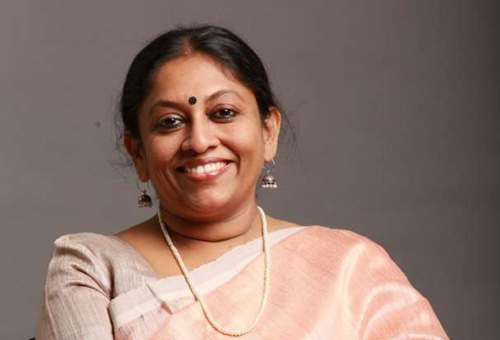 R. Meera is an acclaimed Indian author. Her novel Aarachaar (Hangwoman) is widely regarded as one of the best literary works produced in Malayalam language. It received many awards and accolades including the Kerala and Kendra SahityaAkademi Award (2013), and Vayalar Award (2014). It was also shortlisted for the 2016 DSC Prize for South Asian Literature. She won the Kerala Sahitya Akademi Award in 2009 for her short-story, Ave Maria.