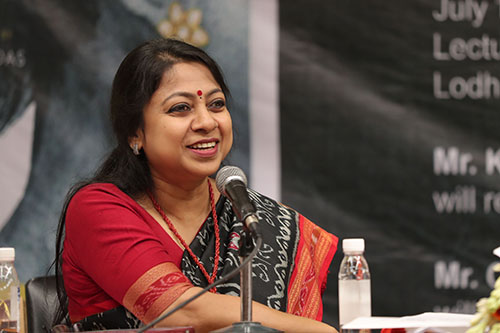 An influential voice in Indian literature, Paramita Satpathy Tripathy’s works reflect the new strides being taken by women’s fiction in India in their themes, tone and structure.

A member of the Indian Revenue Service since 1989, she is presently working as Commissioner of Income Tax in New Delhi.