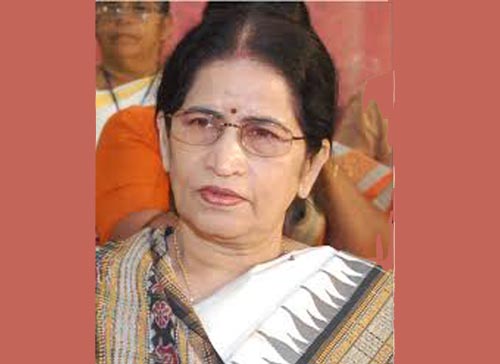 An eminent academic and fiction writer in contemporary India, Dr. Pratibha Ray is known for her pursuit of a social order based on equality without class, caste, religion or sex.

A winner of the Jnanpith Award (2011), she was the first woman writer to receive the Moortidevi Award (1991) and was presented the Padma Shri in 2007.

Her first novel Barsha Basanta Baishaka (1974) was a best seller while Yajnaseni  (1984) and Sheelapadma (1983) are rated among her notable works. Both the novels were translated into English and several other Indian languages.

The other awards and recognitions bestowed on her included the Odisha Sahitya Akademi Award, Sarala Award,

Born in a remote village in Balikuda block of Odisha’s Jagatsinghpur district, Dr. Ray started writing at the age of nine. Her tilt towards an egalitarian society in her writings led many to brand her as a communist while others saw her as a feminist.

Dr. Ray, however, would describe herself as ‘a humanist’ and strongly believed that both man and woman were equal. Men and women were created differently for the healthy functioning of society while the strengths, talents and skill women were endowed with needed to be nurtured further for societal good.

An M.A. in Education, she did her Ph.D in Educational Psychology and her post-doctoral research was on Tribalism and Criminology of Bondo Highlander.