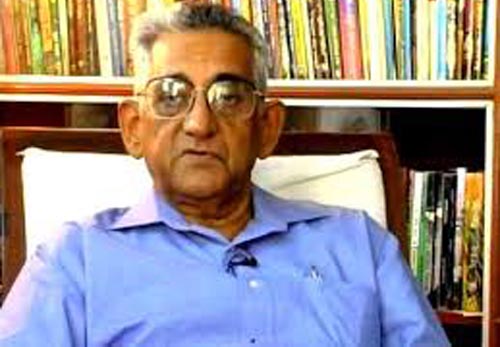 One of the most renowned modern poets in Odia literature, Ramakanta Rath was greatly influenced by poets like T.S.Eliot and Ezra Pound.

Rath, who was a member of the Indian Administrative Service, experimented with form and style. The quest for the mystical, the riddles of life and death, the inner solitude of the individual self, subservience to material needs and carnal desires were among the philosopher-poets favourite themes.

He received the Sahitya Akademi Award in 1977, Saraswati Samman in 1992 and India’s third highest civilian honour, the Padma Bhushan in 2006. He also served as the Vice-President and President of the Sahitya Akademi, New Delhi between 1993 and 2003.