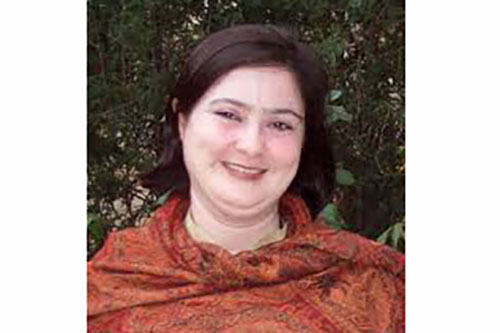 Ranu Uniyal is the author of two books of poetry, Across the Divide (2006) and December Poems (2012). Her poems have been translated into Hindi, Malayalam, Urdu and Uzbek.

Her other books include Women and Landscape: The Fiction of Margaret Drabble and Anita Desai (2000), Raja Rao’s Kanthapura (co-edited 2007), Women in Indian Writing: From Difference to Diversity (2009) and Poems: The Day We went Strawberry Picking in Scarborough (2018). Uniyal did her M.Phil from Jawaharlal Nehru University, New Delhi and Ph.D frfom the University of Hull, UK. Her books have been extensively reviewed in international journals. A professor of English at the University of Lucknow and a founding member of PYSSUM, a day care centre for people with special needs in Lucknow, Uniyal’s poems have been published in Mascara Literary Review, Medulla Review, Kavya Bharati, Femina, Manushi, Indian Literature, Muse India, Twenty 20, Sketchbook, Littlewood Press and other publications across the world.