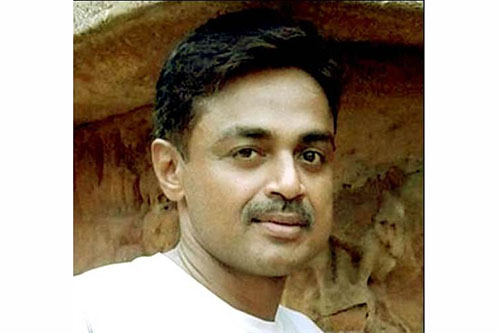 Saqti Mohanty is an Assistant Professor in the Department of Physics of a Bhubaneswar-based engineering college but is focused on creative writing and drama.

He has several collections of poetry to his credit including Pooni Barsha (2004), Seemaheena (2008), Laghuchapa (2010) and Ether Boli Kichhi Nahin (2014). He also published a collection of short stories titled Casino (2018).

Mohanty has been honoured for his poetry book Laghuchapa in 2011 and won the Konark Sahitya Samman (2012) and Basanta Muduli Kabita Samman (2016).