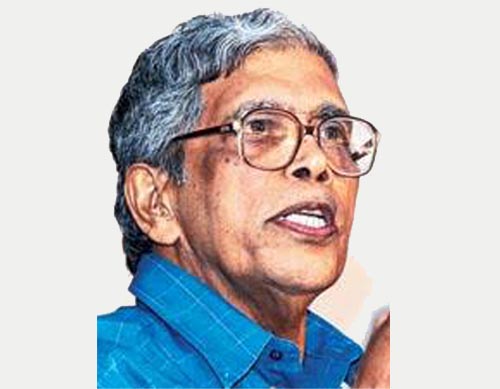 An eminent Indian poet and literary critic in Odia and English, Sitakant Mahapatra’s notable works are Sabdara Akash (1971), Samudra (1977) and Anek Sharat (1981). Mahapatra, who was a member of the Indian Administrative Service, received the Jnanpith Award in 1993. He was honoured with the Padma Bhushan in 2003 and Padma Vibhushan in 2010 for literature and also received the Sahitya Akademi Award, Soviet Land Nehru Award, Sarala Award, SAARC Literary Award besides several other prestigious awards.

Mahapatra’s first collection of poems in Odia, Dipti O Dyuti, was published in 1963 followed by his second anthology Ashtapadi in 1967 which won him the Odisha Sahitya Akademi award. His third and most celebrated anthology  Sara Akash (1971)  got him the Kendriya Sahitya Akademi Award. He has also authored two books on social anthropology published by the Oxford University Press.