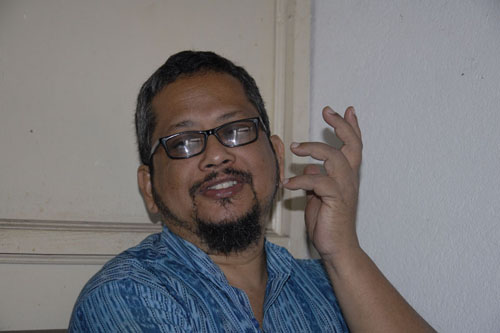 Subodh Patnaik is an Indian theatre director and playwright from Odisha. He is the founder of Bhubaneswar-based theatre group Natya Chetana and theatre village ‘Natya Grama’ .Patnaik is the only theatre personality from Odisha to tour all the continents. Born in Puri in 1964, to veterinary Dr Pramod Chandra Patnaik and Dr Sashi Prava Patnaik. He was graduated from the Utkal Sangeet Mahavidyalaya in Odisha. He had a knowledge about street theatre, so he had gone New Delhi to learn prior to 1986. After return from New Delhi,he formed the theatre group Natya Chetana in 10 November 1986. Most of his Play based on social awareness.

He has formed Natya Chetana,a theatre group consisting of total of 25 artists of which 18 are men and 7 women. The “Natya Chetana dramas bridge Odisha, Bengal”. The Pioneer. A theatre village is also established by this 25-year old group called Natya Grama. His play “Sindhi” was premiered in 9 June 2016 in Kalikasthan, Achham at Nepal.[6] “Ramleela” a mythological play inspired by Ramayana performed with his group at Bhanja Kala Mandap, Bhubaneswar.