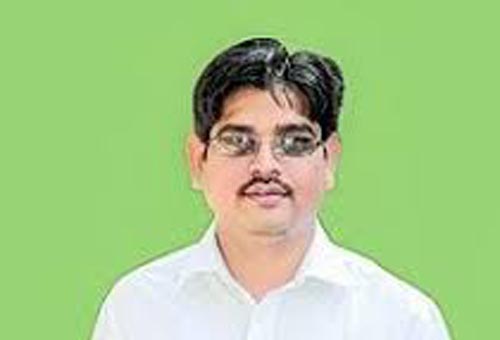 Sujit Kumar Panda is an Indian writer and employed in the Tax and Accounts cadre of the Finance Department of Government of Odisha.

Hailed as  an eminent fiction writer in Odia in contemporary India, Panda began with the publication of Hentala, an anthology of poems in 2004. It reflected the poet’s disillusionment with the societal and economic canvas of the land. But he shifted his focus from poetry to fiction and came out with Faruaa, his first collection of short stories in 2007. The book won the state Youth Award for Fiction.

His second book of short stories Manasanka was published in 2015 which fetched him the Yuva Puraskar by the Kendriya Sahitya Akademi, New Delhi. He was also conferred with the Bharatiya Bhasha Parishad Yuva Pursaskar, 2014-15.

Panda was also associated with the Odia feature magazine Sachitra Vijaya as a literary feature writer.