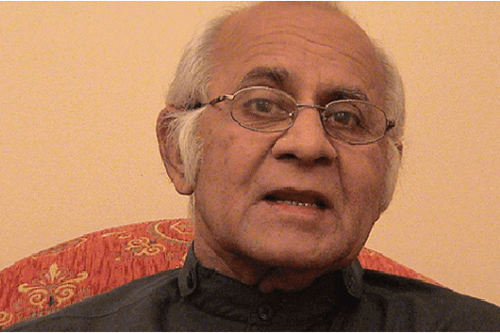 Mohi, who is known for making Sindhi gazal popular among the masses by combining traditional Sindhi writing with the Japanese Hyku style, published his first book titled Tazaad, a collection of poems in 1976, which received critical acclaim. Subah Kithe Ahe, another book published by him, made him a favourite among the readers.

He was selected for the prestigious Saraswati Samman, a literary recognition given annually by the KK Birla Foundation, for his work Chequebook, a collection of short stories in Sindhi which was published in 2012.

Chequebook highlights the life of a domestic helper, facing ill-treatment from her husband and hardships because of poverty.

Having done his Masters in English literature from Gujarat University, Mohi joined Life insurance Corporation of India, but after a short stint, proceeded to teach English at the Indian High School, Dubai, from where he retired as Lecturer and Head, Department of English.